In the official video for the launch of the BMW M140i Shadow Edition, which is available as an M Sport Shadow Edition in a similar form also for weaker versions of the 1 Series, the focus is on fun and networking. The BMW M140i painted in Estoril blue carries the dark details of the Shadow Edition, including black kidneys, black accents in the headlights and darkened taillights. In the launch film, the Professional navigation system and the new BMW Connected App play an equally important role.

The BMW Connected App, which informs the M140i rider on his Apple Watch about the right time for the departure and therefore makes for a fun video filled with spirited driving and some some eye-catching shots of the BMW M140i Shadow Edition. The biggest news comes inside, though, as the 1 Series gets the same cabin upgrades as the new 2 Series Coupe and Convertible. So the main dash trim starts from the center air vent stack and moves outward, rather than starting from the outer air vent and moving inward. It also gets BMW’s new iDrive infotainment system, featuring the new tile-based design and touchscreen capability, if the premium nav system is optioned.

Overall, this will be the nicest cabin of any 1 Series, so look for 2017 models in the future when you want to buy a classic rear-wheel drive 1 Series Hatchback. 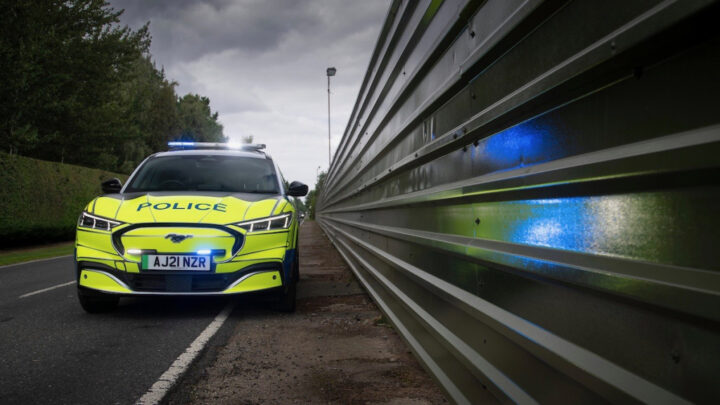 Electric vehicles have the potential to be excellent police cruisers. After all, it's not hard to imagine police officers using...