“The Driveway” is a series of article dedicated to BMW fans who love to share their passion and cars with the rest of the world. And today’s chapter makes no exception. “The Driveway” features Claudiu Rusu and his E34 5 Series, one of the classiest and most adored 5 Series ever made.

What made you buy it?

I have been a BMW fan since I was around 5 years old and I’m 30 now. I love classic BMWs with 6 cylinder engines. I wouldn’t care for a four banger, unless it’s an M3 E30. Back then, my dad had an E28 that he used to drive me around in. I remember sticking my head out the sunroof to feel the breeze. It was amazing, back when nobody screamed at you for having a kid unbuckled in a car.

Since then he owned a bunch of other cars, including a white E30 coupe 324d with an M-tech package and an E34 524TD and later a 525TDS. Eventually I was old enough to buy the E30 off him and a few years down the line I got to drive the E34 for a few months. I no longer had the E30, but I fell in love with the E34. I found it to be the perfect mix between classic BMW design and more modern shapes, as well as a great cruiser, comfy, but sporty as well. It was black with tinted windows. At the time, I wasn’t doing well enough financially to afford an E34, but the dream stuck with me. Then I moved to the Czech Republic, got a better job there and saved money for about a year, to afford a nice E34, just the way I wanted it: black, tinted windows, sunroof, a/c, leather Recaro seats and most importantly 2 airbags, Vanos and factory facelift.

Finding it though was already a challenge back in 2014. I spent about a year searching the ads in four countries for the right one. The ones I found for my budget were usually rusted and in bad shape, but finally, I found the just the right E34, owned by a Russian young guy from Prague. I was sold as soon as I saw it. I know my way around a car and know what to look for, so I gave it a thorough inspection and a few days later I went to Prague by bus to finish the deal and drove it 220km back that same day.

It was perfect, except for the engine. It was a 2.0 liter Vanos, instead of a 2.5. I made a promise that I would eventually swap the engine, so for that, I bought another E34 525i recently, in very good condition, with only 190,000km on it, which is now waiting patiently to have its guts removed. I will do a proper swap, with engine, dashboard, gearbox, rear axle, ECU, diff and drive shaft. Next year I hope to have it professionally restored and repainted.

My 520i still pulls quite well for its weight and it’s great for its main purpose: highway cruising and backroads corner carving. I mainly use it for holidays and weekend drives, because I have no need for a daily car, but it is my daily driver, so I take it shopping and to work occasionally, but mostly, just cruising once a week. I do a maximum of 6,000 miles and it sits in a garage. So a few times a year, my girlfriend and I stuff its large trunk full of suitcases, put the bikes on our original BMW roof rack and bike holders and we take off to whatever countries we choose to visit. I couldn’t ask for a better car and it’s very reliable, despite it being driven hard.

It’s now 22 years old, but on the German Autobahns, it still drives safely at 217km/h, which is about 7km/h more than what BMW claimed it did back when it was new and yes, those are GPS numbers. I think that’s amazing for such an old car. Of course it’s loved with the best oils and parts I can afford, new tires and all that.

I like that it can carry four people in comfort, a lot of luggage for 3 week camping trips, plus bikes on the roof, while still getting good economy, looking good, being safe and bringing me a smile on my face. Once I come home, I can ditch the luggage, passengers and bikes and take it for a sporty drive around twisty roads and despite its heavy weight, it handles very well and it’s very pleasant to throw around. The look is what I love the most about it. I think it’s the best looking BMW you can buy on a tight budget if you want a classic BMW.

On E34s in general, I wish they had side airbags as well, for some added safety, but I can’t think of anything else I’d change. Maybe rack and pinion steering.

We had plenty adventures. Every year we go on a 3 week long vacation throughout Europe. We never fly to our destination, so the E34 is always our companion. So taking it on roughly 4,000 kilometers journeys each year, yields some great adventures. I took it on the Transfagarasan road (Clarkson’s best driving road in the world) twice and on the Transalpina highway once. I took it to 3,000 meter altitudes and on the coasts of Italy, Romania and Croatia.

Last year, after driving 1,000 kilometers back to my hometown, a fuel pipe ruptured just 5 kilometers away from my house, after 12 hours of driving without troubles, I lost fuel pressure a few minutes from home, right next to a bus stop. Did I take the bus? No1 I couldn’t leave my companion there in the middle of the night! So I took a piece of spare hose I had in the trunk, jacked up the car, replaced it on the side of the road and drove the remaining 5 minutes from our 12 hour journey and parked it in front of my house. I can blame myself only, for not using an original fuel hose, but a cheap one I could find at the time and never got around to swap it with a better one.

One year before that, my fuel pump died, after the car managed to barely get me home. It sputtered for 60 kilometers, but it didn’t die on me, until I was, again, 5 minutes away from my home.

The best memory I have, is probably on the car’s 20th anniversary. On the same day it rolled out of the factory gates, I took it on a pilgrimage to Vienna, then to the Dingolfing factory where it was born and finally parked it at the BMW Museum in Munich. My girlfriend even made a cake for it, in the shape of a black E34.

I bought the car for 1,400 euros, but sold the M5 E90 19inch replicas for 300 euros, so it was a good deal. I spent about 2000 euros so far, mostly on preventive maintenance, Bilstein shocks, new brakes, tires, original filters and other parts. I also spent 1,800 euros on the donor car which will be used for the future swaps.

What’s Next (Next car, next adventure, etc.)?

I won’t have a next. The E34 will die with me as my daily. I might get an E30, E36 or E46 cabrio. Or maybe an Alfa Romeo Spider.
The plans with the 520i for this year are to install the M50B25TU engine, gearbox, diff, driveshaft, steering box, dash and other bits from the donor car, as well as install the M5 E34 brake kit and anti-roll bars I have, as well as doing a complete bushing and steering/suspension arms/linkages job. For next year, the plan is to have it restored and repainted.

(65239)
$99.95 (as of August 12, 2022 12:42 GMT -04:00 - More infoProduct prices and availability are accurate as of the date/time indicated and are subject to change. Any price and availability information displayed on [relevant Amazon Site(s), as applicable] at the time of purchase will apply to the purchase of this product.)

(698)
$18.99 (as of August 12, 2022 21:08 GMT -04:00 - More infoProduct prices and availability are accurate as of the date/time indicated and are subject to change. Any price and availability information displayed on [relevant Amazon Site(s), as applicable] at the time of purchase will apply to the purchase of this product.)

(29723)
$24.47 (as of August 12, 2022 12:42 GMT -04:00 - More infoProduct prices and availability are accurate as of the date/time indicated and are subject to change. Any price and availability information displayed on [relevant Amazon Site(s), as applicable] at the time of purchase will apply to the purchase of this product.)

(118)
$8.99 (as of August 12, 2022 21:08 GMT -04:00 - More infoProduct prices and availability are accurate as of the date/time indicated and are subject to change. Any price and availability information displayed on [relevant Amazon Site(s), as applicable] at the time of purchase will apply to the purchase of this product.)

(31140)
$3.71 (as of August 12, 2022 12:42 GMT -04:00 - More infoProduct prices and availability are accurate as of the date/time indicated and are subject to change. Any price and availability information displayed on [relevant Amazon Site(s), as applicable] at the time of purchase will apply to the purchase of this product.)
Harman Kardon teams up with BMW i to sponsor the MS Amlin Andretti Race Team
ReachNow expands test of Uber and Lyft competitor Ride
View All 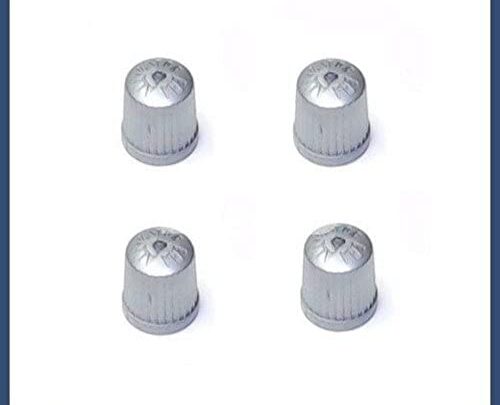