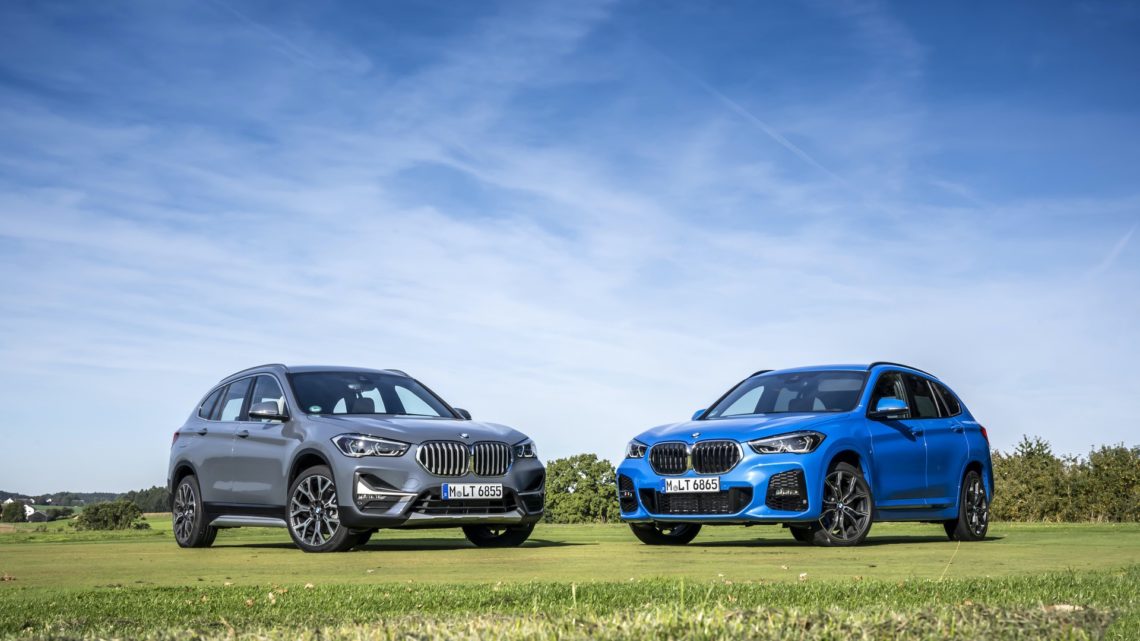 The X1 is BMW’s best-selling crossover and just a few months ago, its styling has been tweaked rather than overhauled as some recent facelifted models. The 2019 BMW X1 Facelift goes on sale this month and it aims to deliver the same well-rounded package that it has so far.

When it arrived in 2009 (2012 in the US), the BMW X1 faced some headwinds in a market where the SUV craze has yet to begun. Its size and packaging was a first for BMW, so it took a while to find its spot in the lineup. And the spot it found.

Nearly ten years later, the BMW X1 is in its second generation with sales exceeding 670,000 vehicles. Furthermore, in 2018, the BMW X1 was the brand’s best selling X-model.

Therefore, it comes as no surprise that the Bavarians had no intention to mess with the winning formula. Yet, a mid-cycle update is always part of a product’s life and some changes are always welcome.

Inline with the latest BMW design updates, the 2019 BMW X1 Facelift aligns with the new trends in Munich – a larger, more imposing kidney grille – bringing the X1 into the rest of the BMW lineup, in terms of grille size. They’re also now merged at the middle, a design cue that seems to split opinions among BMW enthusiasts. It also gets new Adaptive LED headlights, larger front air intakes and more integrated LED foglights.

Out back, very little has changed. A new body color inlay for the rear apron has now been added. On Sport Line cars, the rear apron’s underbody protection is now finished in High-gloss Black. The optional LED rear lights of the BMW X1 likewise have a new design, a single LED bar drawing the familiar L signature from side to side.

Compared to the previous model, the exhaust tailpipes’ diameter has increased from 70 mm to 100 mm. On the M Sport models, the air intakes for the newly designed bumper are even larger than on the other model variants.

The facelift X1 comes with a centrally mounted 6.5-inch screen, included as standard. If a navigation system is specified, either an 8.8-inch or the new 10.25-inch Touch Control Display – which can be operated using the BMW iDrive Controller, voice control or touch – comes as part of the package.

The rest of the 2019 BMW X1 Facelift cabin stays pretty much the same as before, but with a few extra high quality leather options and double stitching.

The two models put at my disposal were the 2019 BMW X1 xDrive25i – the equivalent of the 28i model in the United States – and the X1 xDrive25d. In a loop around Munich, I got the chance to sample both variants back-to-back on a stretch of the Autobahn and on some nice, curvy country roads.

The fuel consumption according to the official specs is 6.3 l/100 km, but in my drive, I recorded somewhere around 7 liter per 100 km/h.

Fuel consumption on the diesel – as you’d expect – is better: 4.9 liter per 100 km in the official catalog. I managed around 5.1 l/100 km, but mostly cause I pushed the car a bit harder than the average driver.

Another important point for the top diesel is that it’s not only meeting the Euro 6d TEMP emission standard, but even the Euro6d.

Both models I sampled have a similar character, with an extra point for the diesel’s additional torque which comes in handy when coming out of tight corners or overpassing. At normal speeds, the 2019 BMW X1 Facelift xDrive25i and xDrive25d are refined and smooth, also thanks to the excellent eight-speed automatic gearbox. There is also a seven-speed dual clutch unit offered in lower priced models.

Despite being a front-wheel drive-based car, the BMW X1 Facelift comes with enough weight in the steering to deliver a direct response and plenty of road feedback. Of course, the Comfort mode is where the car will spend most of its time, especially when the car is loaded with kids and pets.

On the Autobahn, the wind and road noise are kept in check, so the X1 makes for a pleasant drive.

Thrown into the bends surrounding Munich, the 2019 BMW X1 Facelift can and will show its sporty character. In the end, BMW engineers take pride in still delivering a dynamic drive, despite the high ground clearance. While not as agile as the new 1 Series Hatchback, the BMW X1 can keep the pace with its smaller brother, and it hides well its additional kilos.

The xDrive all-wheel drive system is the one you know and expect from BMW – great grip and transfer of torque between axles, and good understeer measures under heavy cornering.

Flicking the 2019 BMW X1 Facelift into Sport mode results in an improved throttle and steering response, but compared to other new BMWs I’ve recently driven, I might actually prefer the calmer ride of the Comfort mode. This time around.

Since the 25i model also came with the M Sport Package, it also brought along 19 inch wheels which are a bit noisier and rougher on the tarmac. If you’re looking for the ultimate comfort, the 17 and 18 inch wheels should do the trick.

There are a couple of drawbacks though and they don’t necessarily have to do with the dynamics of the car, but rather with its tech. Let’s start with the BMW Operating System 7.0 (iDrive 7) which is not present in the facelifted X1. The BMW folks told me that its omission has to do with the hardware components in the X1 which can’t accommodate the more memory and CPU intensive interfaces.

Next is the Driving Assistance features which are also not-up-to-date with the newest BMW models. For example, the Blind Spot Warning System is missing, along with the latest and greatest in Level 2 autonomous driving.

Should I Buy One?

Despite the very few shortcomings, the 2019 BMW X1 Facelift remains a strong contender in the segment and will likely continue to bring new customers to the BMW brand. It is arguably one of the best products in the BMW portfolio, especially when you look at its price-to-value ration.

There are of course a plethora of upgrades which can easily bring the price tag into a new territory of models.