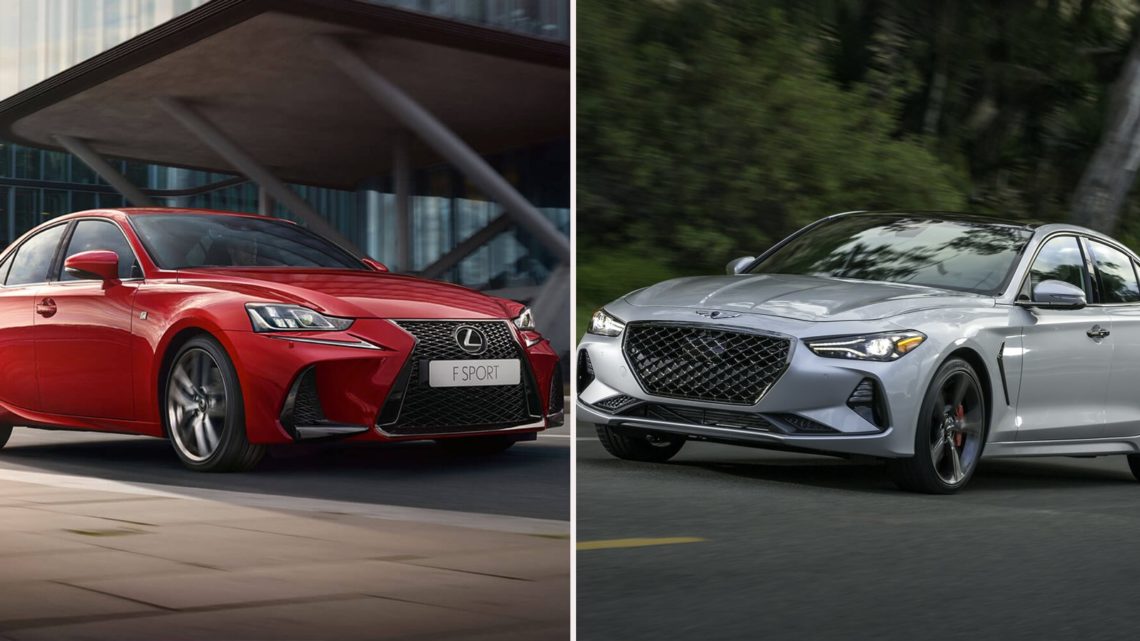 While sedans may not be selling to the same extent as they were decades ago, they will always occupy a special place in the hearts and minds of gearheads everywhere. In the luxury car industry, sedans now sit at the top of the pack in terms of style and performance. It seems that as the price of luxury crossovers shrink to keep up with high demand, the tried and true sedans are loaded with more premium features. This means that even the cheapest luxury sedans are priced way beyond their five-door counterparts.

While you’re probably better off buying an entry-level luxury crossover if you want to save money, there are still some inexpensive luxury sedans that are priced well in the range of the average consumer. Of the ten cars on this list, the two that stand out the most are the BMW 2 Series and the Genesis G70, both of which combine both luxury and value that seems almost too good to be true. The other eight, well, you be the judge. Here are the ten cheapest luxury cars, ranked from most to least expensive.

Click the button below to start this article in quick view

It’s unexpected for Cadillac to have the most costly car on this list, given GM’s propensity for cost-cutting. Still, it isn’t the cheapest car in Cadillac’s lineup, which is the XT4, a crossover that the company is trying to position as its newbie car.

Either way, you’re probably better off buying the XT4 if you want a cheap Cadillac because the ATS is a pretty mediocre sedan. Critics complain about its mediocre gas mileage, uneven reliability, and cramped rear seat. That and you can’t get it as a four-door anymore, just a coupe.

A little less than the ATS, but only slightly better, the IS is said to have a nice ride and comfy interior. That said, its trunk is small and the car’s infotainment system is difficult to use. This last part is a common trend in many luxury cars, whose touchscreens infotainment systems degrade in quality as the price goes down.

RELATED: 10 Cars Models That Are Being Discontinued In 2020

You’d think they would just add a better version from one of their non-luxury makes, but apparently that’s not the case. The IS’ MPG isn’t great either, and it only gets worse if you pick the sport option.

Of the three we’ve mentioned so far, the XE from Jag seems to offer the best value for money. It’s generous with its standard features, comfy in the front, and unlike the Lexus IS, the trunk has lots of space.

While it’s still well behind the G70 and 2 Series, it is an admirable effort. That said, the back seat is cramped and uncomfortable, and the infotainment system is a dud. Expect that to be a common complaint on this list. But at least it has better-than-average MPG.

The Lincoln MKZ is one of the larger cars on this list, and one of the few that has a hybrid option. While you are getting more car for your money in the MKZ’s case, the car itself is a bit of a bore.

RELATED: Ranked: Used Cars That Lose Their Value The Fastest

It lacks the same level of refinement as other Lincolns, with cheap interior materials and a cabin that makes you feel like you’re in a sardine can. Bigger doesn’t always translate to more space, and in the case of the MKZ, you don’t get much bang for your buck.

Infiniti doesn’t have the best reputation with their entry-level rides, with the QX30 serving as a prime example. In fact, it seems like Infiniti has hit something of a slump recently, perhaps due to Nissan’s recent administrative and financial issues.

Nevertheless, the Q50 is a decent car for the money. The seats are nice, the V6 engine is powerful, and the car has good handling. Despite this, the gas mileage is far from brilliant, which really sucks when you find out that the hybrid version was recently discontinued. What gives?

Now we get to the good stuff, at least for the moment. Of all the car makes on this list, BMW has its entry-level options figured out. The 2 Series may be the second least expensive car in the company’s lineup, but it’s a remarkable little coupe that is packed with value.

Like most BMW sedans, its best feature is its power and handling, which is, bar none, the best of any car on this list. BMW is renowned for its dedication to performance and quality, and the 2 Series is no exception. Its also got some great cabin materials, showing that BMW doesn’t skim when it comes to value.

Another awesome car from an excellent company, the G70 is the entry-level offering from Hyundai’s luxury division, Genesis. Who would’ve thought that the Korean auto giant’s first foray into luxury cars would win so much praise so early in its life cycle? As luck would have it, the three cars in Genesis’ lineup have earned glowing reviews left and right.

The G70, in particular, has been lauded for its ritzy cabin, pristine performance, and for carrying Hyundai’s more-bang-for-your-buck mentality to its premium selection. While it may not be as refined as its siblings, the G80 and G90, the G70 should be on your shortlist if you’re in the market for a cheap luxury car.

If you want a good, cheap Audi, get an A4. While it may cost $4k more than the A3, you end up getting a much better car for the price. The A3, meanwhile, is another middle-of-the-road experience, which we’ve seen far too many of on this list.

MPG is good, but the A3 is also unreliable, cramped, and with a sub-par interior. At this point, it feels like we’re repeating ourselves.

Mercedes always gets flack for their entry-level cars, and for good reason. The CLA-Class, formally the cheapest Benzo on the lot, is a constant target for criticism, mainly over its front-wheel-drive transmission and cheap materials. The A-Class fairs a little better though, as it gets good MPG and its interior is a whole lot better.

While still not as good as some of its rivals, especially when it comes to performance, which is described as “stiff” by US News & World Report. Hopefully, Mercedes can make a good, economical car that doesn’t skim on quality sometime in the future, though the A-Class can be called a step in the right direction.

It’s probably not a surprise to anyone that the cheapest car on this list is also the worst. Some luxury makes just aren’t able to produce a car for all us lay folk, but you’d think that Acura would be better suited than most. After all, their cars are typically priced lower than most luxury makes.

Despite this, the ILX is an underwhelming car. It’s got all the worst qualities of nearly all of the cars on this list, with hardly anything to spruce it up. It may look cool, but don’t be fooled. The ILX is the very definition of ‘meh.’

NEXT: 10 Entry-Level Cars That Are Super Affordable