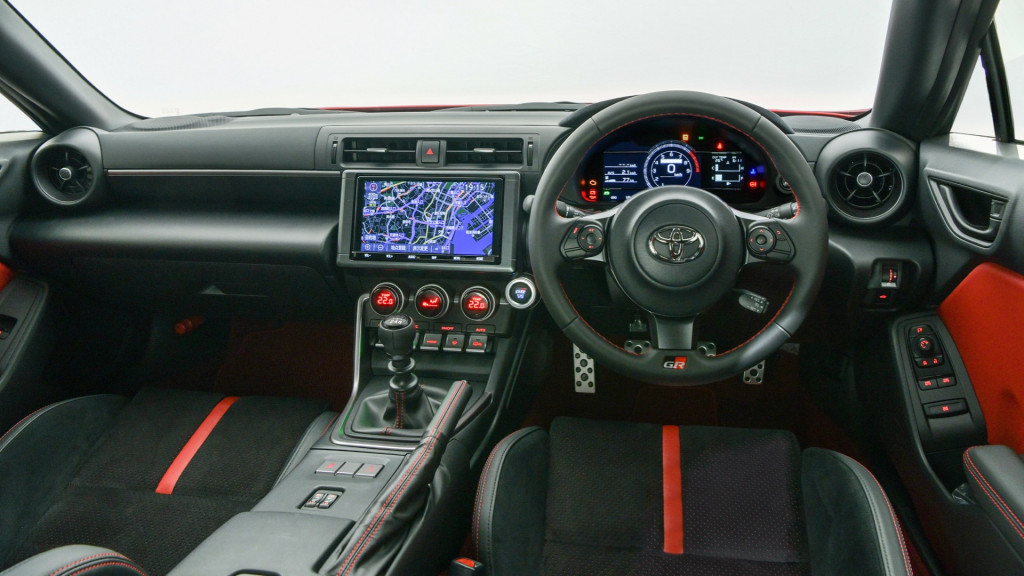 Following the reveal of the redesigned 2022 Subaru BRZ, Toyota on Monday announced a redesigned version of the sports car’s twin.

The 2022 Toyota 86 gets “GR” badging (short for “Gazoo Racing”) like the latest Supra, plus the same mechanical and styling updates as the BRZ. That means a larger engine, but without the turbocharger some fans had wanted.

The 86 gets the same styling changes as the 2022 BRZ, including functional side air intakes and new taillights, but with a Toyota-specific grille. Dimensions have shifted somewhat, with a slightly longer wheelbase and overall length, but a slightly lower height. The car features aluminum roof panels to lower the center of gravity, plus aluminum front fenders and redesigned seats to further reduce weight, according to Toyota. Torsion rigidity has increased by about 50%, the automaker said.

The air outlets, side sill spoilers, and other aero kit pieces were all cribbed from 86 models participating in motorsports events.

Like the BRZ, the 86 has a 7.0-inch digital display in the instrument cluster, in this case showing a graphic of the engine’s opposed-piston movement on startup. Expect the 86 to get the redesigned BRZ’s enlarged 8.0-inch touchscreen as well.

Automatic-transmission models will also come with Subaru’s EyeSight driver-assist technology, though Toyota did not say which features would be included.

The 86/BRZ duo isn’t the only collaboration between Toyota and Subaru. The two Japanese automakers are also co-developing an electric SUV, as part of their expanded partnership announced in 2019.

Prices, fuel-economy, and the release date for the 2022 Toyota 86 will be revealed at a later date. Expect it to go on sale in the U.S. later this year.

Lidar Stocks Are Under Pressure. Why the Market May Be Wrong.