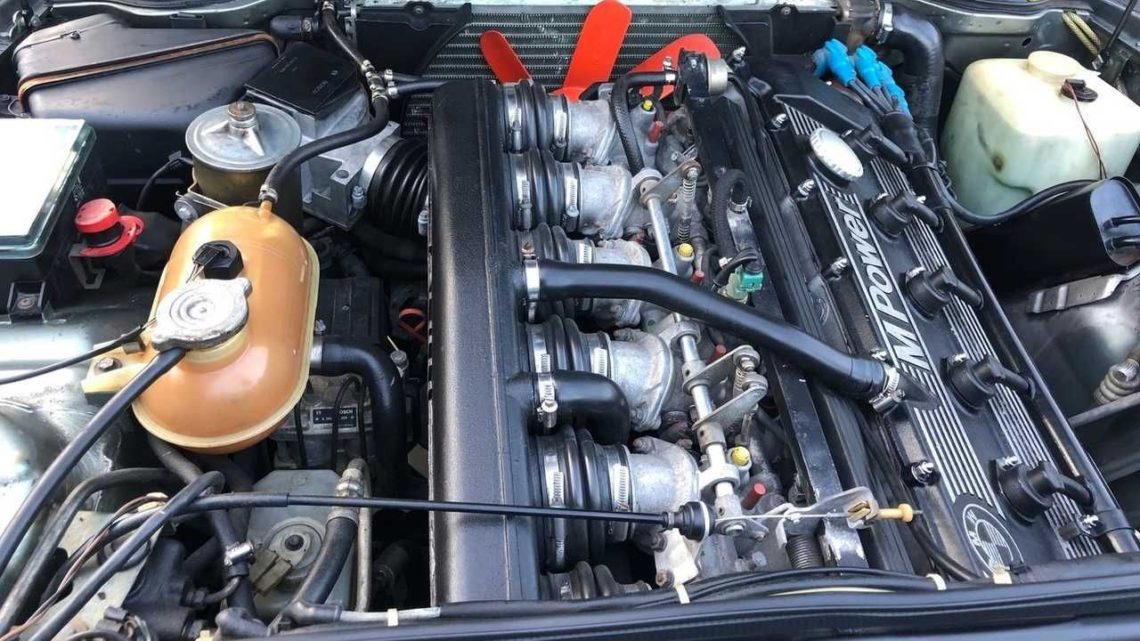 Vintage Car Collector is happy to offer the perfect opportunity to own this rare 1985 BMW M6 Euro. This M635CSi has been garage-kept and impeccably maintained, so a fine ’80s gem such as this is sure to sell quick. If this shark-nose BMW is calling your name, feel free to make an offer here.

Known as the “M6” in the United States, the European version seen here was given a more potent powerplant than its U.S. counterpart. The E24 was the first to join the 6 Series lineup, and a mere 4,088 examples were produced from 1983 to 1988 making this quite the rare find.

The car’s exterior is still in great shape and is painted in Bronzit Beige Metallic, while the interior features immaculate black leather that appears as if it had just rolled off the assembly line. This BMW doesn’t lack in creature comforts, either. It comes equipped with power windows, power seats, and factory air conditioning. For optimum cruising, open the sunroof for a nice breeze and some sunshine. The car also features power brakes that easily bring everything to a halt.

Under the hood is an M88 inline 3.5-liter six-cylinder engine connected to a Getrag 265 5-speed manual transmission. Power is transferred down to the rear wheels and is good for 182-horsepower. Equipped with a clean title, this car has clocked 136,869 actual miles as it reads on the odometer.

A European grand touring coupe, this two-door E24 635CSi is ready to keep cruising with a new owner. Seldom are these Euro M6 cars seen out and about, so this is the perfect chance to scoop this one up for yourself. Don’t hesitate to contact Vintage Car Collector today and get yourself behind the wheel. This beauty is listed on the site at $46,000.