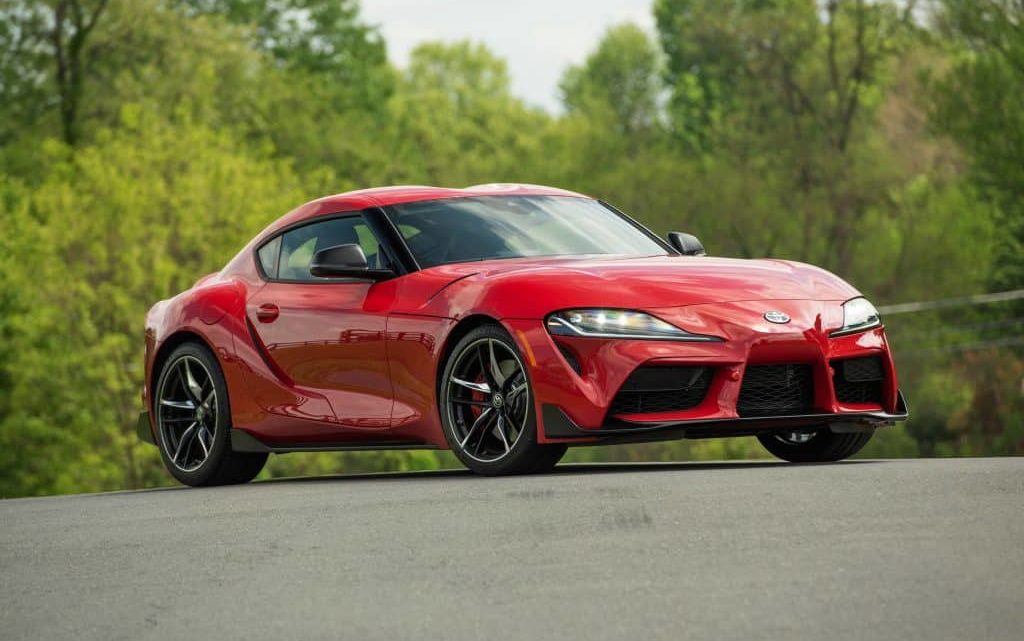 Two different Toyota sports cars both involving collaborative beginnings with other carmakers recently came to me, back to back, like a 14-year-old’s dream come true. In that respect, it has been quite the summer.

The much-anticipated Supra, now available in a considerably higher-output 2021 model, and the somewhat older Toyota 86, formerly known as the Scion FR-S, each offer enthusiasts a range of heavily performance-oriented options for scaring the neighbors and scooting hurriedly up canyons. Or, in the Supra’s case, drag-racing every yahoo in the region, and mostly winning.

Since its debut at the Detroit International Auto Show a year and a half ago, Supra has inspired the layering of superlatives by auto writers and enthusiasts alike. It is indeed an extremely hot-looking, low-riding two-seater, with an array of aero embellishments both front and back that make it look like a smaller blend of old-model Dodge Viper, Mazda RX-8 and the Val Kilmer-era Batmobile.

If you were a car enthusiast in the 1980s, even the aforementioned 14-year-old one, the old Toyota Supra was indeed a pretty cool ride, until Toyota decided to start focusing entirely on family cars and SUVs and the name fell dormant for more than a decade.

Besides the fact that it’s put together in a plant in Graz, Austria, the BMW co-development is pretty obvious the minute you slide into the cockpit. And even that is sort of like getting into a sleeping bag, securing you with slightly left-pointed sport seats that are very, very sporty and ridiculously hard elbow rests. With the exception of some goofy looking main instrument graphics, nearly everything else screams (or actually is) BMW switchgear, controls, vents, etc.

Yes, the body work is Toyota-spec custom and very expressive and heavy on the flash; behind the wheel, you’ll feel the BMW experience, all of the time, perhaps especially in the driving dynamics. Which is not a bad thing in a very small, very fast six-cylinder turbocharged rager that seems to have no other purpose than blowing off people at stop lights.

That’s a truism about this very light, very evenly-balanced rear-wheel-drive speed machine. It already accelerates in a fashion that made the 335 horsepower number seem suspiciously low, and with nearly 400 horsepower, expect a tire-squealing, butt-wiggling drag monster like no other.

On the twisty stuff, however, take care. I initially experienced what I thought to be egregious looseness in the rear end on some probably-harder-than-average canyon turns, and blamed the worn tread on the super-super-wide Pirelli PZero 19-inch race tires in the back. Not 1970s Dodge truck looseness, but certainly not the performance-oriented grounding I’d hoped for.

Sadly, that instead seems to be a general design attribute of the new Supra: Superb in a straight line, potentially loosey-goosey on tight, track-oriented turns.

Practicality in the Supra also strays into weekend/short jaunt territory, as an open storage space under the hatchback glass is not gigantic, nor does it really allow you to tie down anything for those massive forward and lateral G-forces you’ll be experiencing.

I will, lord willing, get a chance to see what Supra’s primary contender, the 2020 C8 Corvette, offers in its own unconventional package (apparently a full second faster to 60), but they’re going to be hard to come by, thanks to GM plant closures. If you want to blow the neighbors’ socks off and have cash in hand, go for the Supra, in Renaissance Red.

Or, if you’re more old-school, or want to cram friends or kids into a very small rear seat, or carry a surprisingly large amount of cargo with those seats dropped, the Toyota 86 still has some charms, at a significantly lower price, as well.

Like the Supra, the 86/FR-S was created in concert with another manufacturer — in this case Subaru, way back in 2012, whose equally long-in-the-tooth, occasionally updated BRZ is still out there, when I am not accidentally destroying them in Greeley hail storms. The vehicle’s three-way blended heritage established one of the longest-running debates in the auto world: Why does your cool-looking, great-handling sports car have an incredibly loud, 200-horsepower, four-cylinder Subaru Boxer engine as its only option?

Frankly, you still got me, though if you check out this debate on YouTube, you’ll see what happens when people cram Ferrari engines into the Toyabaru platform. It is not pretty, but you can smokily drift like Rhys Millen, until your tires melt.

In the limited-edition Hakone version of the Toyota 86 I drove, priced at $30,825, that ain’t gonna happen. As cranky and noisy and frustrating as that Boxer engine is, especially up here at altitude, it’s probably more suited to the low-key kind of driving the 86 is really designed for.

And if you get just the right kind of road — say, the Tarryall Reservoir road, connecting Jefferson with Lake George/Pikes Peak area — you can enjoy those long, slow, slightly drifty corners to your heart’s content, maxing out the rear-wheel-drive setup and having a gay old time.

The only way to get actual passing power out of the 86 is to goose it to about 4,500 rpm and then keep it floored, which I did coming out of Golden on Interstate 70, and managed to stay ahead of other vehicles for a few minutes. Otherwise, the Boxer chugging is maddening (I got stuck for an hour in roadwork between Dumont and Idaho Springs and it was excruciating, especially with a six-speed manual), but still aimed at an entirely different kind of enthusiast than the zooty Supra.

How BMW’s Success Forced Audi To Build The RS Q8.