Despite the almost impressive reluctance from car enthusiasts, the automotive industry is moving forward. Forward to a new future, a future filled with far more connectivity, autonomy and electrification than ever before. It’s a brave and fascinating new world, whether us dyed-in-the-wool enthusiasts want to accept it or not. This new future was the main focal point for the 2017 Movin’On Conference by Michelin, a place where dozens of companies in dozens of different fields of technology came together to show off their innovative new ideas for the future.

Michelin brought us out to Montréal to attend the Movin’On Conference and we were able to experience a lot of what not only Michelin was working on for the future but what the rest of the industry was working on as well. It was a whirlwind of new ideas and fresh outlooks for the future. Everything from virtual reality to artificial intelligence to machine learning was talked about, shown and explained at Movin’On. And while there was some pretty impressive displays on hand, none were more impressive than Michelin’s own.

When enthusiasts think Michelin, they think of the Pilot Sport tire. It’s the performance tire of choice for almost all enthusiasts and it’s quite possibly the most popular tire on the market. However, the famous French brand is about so much more than just performance tires. On hand at the Movin’On Conference were quite a few Michelin stands. There was a new, airless tire called the “Tweel”, which is a combination of “tire” and “wheel”. Clever, right? It actually is, as it never needs to be refilled, can never get a flat and is very light. At the conference, the Tweel was fitted to a couple of golf carts that were being used on site and they seemed to work really well. While these little Tweels fitted to golf carts aren’t a huge deal, the idea behind them is, as it could really change the future of the automobile tire. We’ll get into more on that in a minute, though.

Michelin also had an interesting E-Drive bicycle on display. Essentially, it was a clip-on battery and electric motor two-in-one combo that fitted to the back of a bicycle. A special rear tire made by Michelin was then fitted, which has little rubber teeth on a strip around the outside of the tire. The E-Drive unit’s electric motor also has teeth that connect to the teeth on the tire, thus allowing for e-boost to the rear tire as the rider pedals. We were able to sample the Michelin E-Drive Bike ourselves and it was more fun and interesting than we had previously thought. But back to the future of the tire. While V.R., A.I. and machine learning were all impressive and interesting ideas presented at the conference, those ideas are still rather abstract at the moment. However, there was on concept for the future that, while still a long way off, seems very viable and could completely change the way tires are bought and used in the future.

This new tire concept is called the Michelin Visionary Concept and it’s an airless, puncture-proof tire/wheel combination very similar to the Tweel. Except it has a few very important twists to it. Firstly, it’s completely made from a rugged biomimetic structure. It really does look as if it was created by nature. While the final product likely won’t look like something from the movie Prometheus, as this does, the idea is still the same.

The entire Michelin Visionary Concept tire is one piece and is made entirely from renewable and biodegradable resources. A completely renewable and recyclable tire. And because it’s a complete wheel, without the need for a separate wheel and tire, it can never lose pressure due to puncture. If a nail goes through it, so what? It will just keep on rolling like nothing ever happened. Let’s say that you have a set of these tires on your car and the treat wears down over time. You would simply drive up to one of Michelin’s new 3D printing stations and it will re-print new tread back onto your tire and off you go, with essentially a brand-new tire. Pretty crazy, right? But that’s still not the craziest part.

One of the most annoying aspects of owning a performance car is the need for different tires. Owning something like a BMW M4 and putting all-season rubber on it is like being a ballet dancer and wearing work boots. So most performance car owners have multiple sets of tires, one for summer and one for winter and maybe one for the track. However, Michelin’s new Visionary Concept Tire changes that.

Not only can you 3D print new tread on your tire, you can completely change the tread pattern. So, for instance, if you’re going to take a road trip with your family and you have summer tread on your tires, but your journey is going to take you high into the mountains to go skiing, summer tread won’t be ideal. So once you input your destination into the navigations screen, the tires will know (as they are also connected Smart Tires, because of course they are) that you will need snow tread. So the car will ask you if you want to stop off and change your tread prior to heading up the mountains. If you indulge, the car’s navigation system will guide you to the closest Michelin 3D printing station to the mountains so you can have your summer tires re-treaded for winter tread in no time. Essentially, the tire’s tread is completely reprogrammable. But not only the tread, the compound as well. So that sticky summer compound can be swapped out for something that can withstand freezing temperatures at the same time. Wild stuff, seriously.

Now, there’s no word on when such a concept could become a reality, obviously. Michelin is still in the early infancy stages of just developing the idea for this tire. Plus, there would have to be infrastructure put in place for these 3D printing stations to exist and be located where they’re optimal.

Michelin also has no word on how much these tires will cost, how much it will cost to re-print the tread and how often it will need to be done. Some sources from the brand said that they’re toying with the idea of a subscription service to use the 3D printing stations but, as previously mentioned, this new idea is in its infancy and there’s nothing evenly close to official as of yet. We’re talking 20 years down the line or more.

What’s also fascinating is how the rest of the industry could react to such a tire. If the tread can be reprogrammed and the entire wheel/tire is made from one piece, can wheel styles be reprogrammed? If so, do auto manufacturers struggle to offer different styles of wheel? How to aftermarket wheel companies feel about this?

There are still so many unknown questions and variables surrounding this concept tire. The only thing we do know is that it’s fascinating and that it could seriously change the tire game forever.

(12)
$16.99 (as of August 10, 2022 21:06 GMT -04:00 - More infoProduct prices and availability are accurate as of the date/time indicated and are subject to change. Any price and availability information displayed on [relevant Amazon Site(s), as applicable] at the time of purchase will apply to the purchase of this product.)

(26790)
$9.50 (as of August 11, 2022 12:41 GMT -04:00 - More infoProduct prices and availability are accurate as of the date/time indicated and are subject to change. Any price and availability information displayed on [relevant Amazon Site(s), as applicable] at the time of purchase will apply to the purchase of this product.)

(37657)
$19.17 (as of August 11, 2022 12:41 GMT -04:00 - More infoProduct prices and availability are accurate as of the date/time indicated and are subject to change. Any price and availability information displayed on [relevant Amazon Site(s), as applicable] at the time of purchase will apply to the purchase of this product.)

(53148)
$16.99 (as of August 11, 2022 12:41 GMT -04:00 - More infoProduct prices and availability are accurate as of the date/time indicated and are subject to change. Any price and availability information displayed on [relevant Amazon Site(s), as applicable] at the time of purchase will apply to the purchase of this product.)

(82397)
$45.95 (as of August 11, 2022 12:41 GMT -04:00 - More infoProduct prices and availability are accurate as of the date/time indicated and are subject to change. Any price and availability information displayed on [relevant Amazon Site(s), as applicable] at the time of purchase will apply to the purchase of this product.)
This BMW is inspired by the iconic AIR JORDAN 1 “CHICAGO”
560 HP Alpha-N Performance BMW M4 Claims 7:20 BTG Lap Time
View All 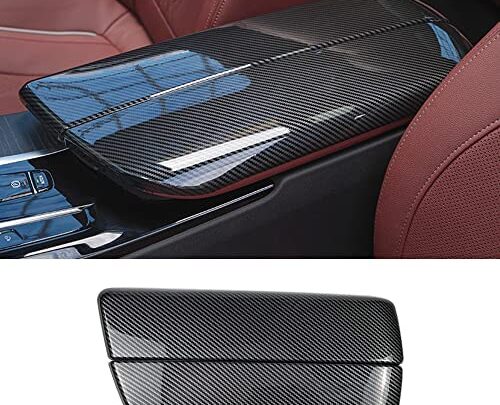