Home » Fiend Blog » Lidar Stocks Are Under Pressure. Why the Market May Be Wrong. 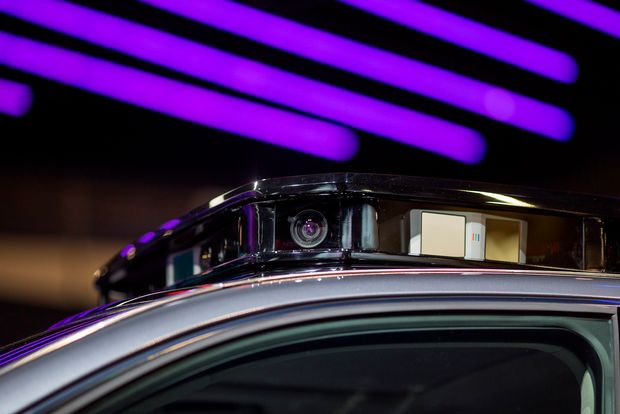 Lidar Stocks Are Under Pressure. Why the Market May Be Wrong.

has new leadership. Its longtime CEO stepped down amid a battle with

to develop self-driving cars, and Tesla’s fans on

are taking it as a sign that
Elon Musk
‘s company’s lead is insurmountable.

That, of course, would be bad for Waymo, though there is no way to measure the market’s reaction, given that the business is a private company. Investors’ changing perceptions about Waymo, however, also have implications for shares of a number of startups, worth billions, that offer automotive lidar technology.

Investors appear to be reacting negatively to signs that Tesla is pulling ahead, but it isn’t clear they are drawing the correct conclusions.

John Krafcik
is the man who stepped down at Waymo, founded in 2009 as Google’s self-driving car project, paving the way for co-CEOs Tekedra Mawakana and Dmitri Dolgov to take the reins. “With the fully autonomous Waymo One ride-hailing service open to all in our launch area of Metro Phoenix, and with the fifth generation of the Waymo Driver being prepared for deployment in ride-hailing and goods delivery, it’s a wonderful opportunity for me to pass the baton,” wrote Krafcik in a Friday LinkedIn post.

Lidar is short for laser-based radar. It is a key technology enabling plans for self-driving cars from companies ranging from Waymo to

Germany). All the players except Tesla are relying on it.

Musk, who said last he year wouldn’t use lidar in his cars even if the costly sensors were free, prefers optical, ultrasound and traditional radar integrated with internally developed software to achieve self driving. Those sensor technologies are cheaper than lidar, but lidar is supposed to offer improved accuracy and better performance in certain conditions.

Even without lidar, Musk recently said, his company can achieve so-called Level 5 autonomous driving by the end of 2021. Level 5 is the final ranking in autonomy, as defined by SAE International, formerly known as the Society for Automotive Engineers. It refers to when a car can execute all driving tasks without human intervention. Tesla has been rolling out new versions of its Full Self Driving, or FSD, software for beta testing in recent weeks.

The combination of Tesla’s FSD announcements and Musk’s aversion to lidar has started to hurt lidar stocks. Shares of five lidar start-ups—Luminar

(VDLR), and Innoviz, traded via stock in the special-purpose acquisition company Collective Growth (CRGO)—fell an average of 22% in March as FSD talk picked up.

for comparison, gained 7% and 4% respectively in March. The

Three of the five lidar stocks were lower on Monday, though Collective Growth, which will merge with Innoviz, was up about 5%. The Nasdaq gained 1.2%.

It is difficult to figure out why Musk doesn’t like lidar. It’s only a sensor, and all sensor data, from any source, needs to be integrated, using technology from companies such as

(APTV). Software using that integrated data is what really allows a car to drive itself.

“I don’t live in [Musk’s] brain,” said Innoviz CEO Oren Rosenzweig. “He made the right decision five years ago when launching FSD because there was no good lidar available. If he had to make this decision now…[lidar] gives a lot of value. Nobody sees how you can design a safe system without it.”

Optical sensors and traditional radar can be blinded in certain driving conditions. Rosenzweig doesn’t see how true Level 5 autonomy can be achieved without it.

Traditional auto companies appear to agree. They are employing lidar to reach Level 3 autonomy for passenger cars due out in coming months. Level 3 offers drivers some autonomy in some circumstances, such as highway driving. The Waymo ride-hailing program in Arizona is close to Level 4 autonomy—full autonomy in limited settings, such as cities with well defined, and well mapped streets.

Tesla, for now, is the only one making the Level 5 claim. If Musk succeeds in producing the technology, Tesla would have a big lead on other auto makers. But that wouldn’t mean the death of lidar technology.

If anything, Tesla’s achievement would encourage other auto makers’ to speed up their plans for self-driving cars. More lidar sensors would be in use, more quickly, than many analysts originally projected.

Even Musk believes other companies will be able to produce fully autonomous cars. He said as much at his company’s battery technology day and annual shareholder meeting back in September.