When the new G11-generation BMW 7 Series first made its debut, fans were already complaining that BMW hadn’t done enough. Its prime competitor, the Mercedes-Benz S-Class, is an absolute powerhouse of luxury, so many fans and enthusiasts felt that the new 7 Series was a bit too lukewarm to compete with the white-hot Benz. Admittedly, the new 7er is a great car and one that absolutely can compete with the S-Class, in terms of luxury, performance and quality. It’s just not as flashy. But is it enough to take on its newest competitor, the ultra-modern 2018 Audi A8?

BMW’s Bavarian neighbor just revealed its newest entry into the full-sized luxury car segment, the Audi A8, at the Audi Summit in Barcelona today. This new Audi A8 seems to take a similar approach to the 7 Series, rather than the S-Class, in that it’s changes are subtle on the surface but massive underneath the skin. Packed with an enormous amount of technology, the new A8 just may be the leader in the segment. With Level 3 autonomous capability, the Audi A8 is able to drive itself at speeds up to 60 km/h (37.3 mph) in traffic without any human intervention at all. In fact, Audi’s press release even goes as far as to say that the driver can watch a movie on the MMI screen. However, the driver must be at the ready in case the car encounters something it can’t understand or speeds begin to increase past its capabilities. Until then, though, the driver can completely relinquish control to the car and check emails, browse social media or even watch a YouTube video. Just no napping or getting in the back seat.

There’s even some remote parking systems that put BMW’s to shame. The new Audi A8 can go off and find a parking space on its own or even park in your garage on its own without the driver even in the car. It’s told to do so via mobile phone app, or the Audi AI button on the center console, and you can watch a 360-degree view of what it’s doing on your phone. It’s pretty cool.

It also packs some impressive powertrain and chassis technology. Like the 7 Series, the Audi A8’s chassis is largely made up of lightweight materials, including aluminum and carbon fiber. It’s fancy stuff. But that’s just the tip of the iceberg. The A8 comes standard with a 48-volt electrical system, which is capable of powering a few important technologies for the new Audi. The first is its mild-hybrid system, which is standard on all Audi A8s. It’s not exactly a hybrid, instead it comes with what’s called a BAS (Belt Alternator Starter). This BAS is essentially and electric motor that runs off the 48-volt system and is connected to the crankshaft, via serpentine belt. So at cruising speed, the engine can shut down but this small electric motor can power the crankshaft until more power is needed and then the engine kicks back on. The second fun technology powered by the 48-volt system is the new suspension. This new system features completely independent wheel suspension which uses electric actuators on each wheel, which can adjust the height of each wheel for various situations, such as to smooth out upcoming bumps in the road, adjust to the driver settings or even raise the car in case of an impending crash, so as to keep occupants as safe as possible. All of this is possible thanks to the car’s 48-volt electrical system that works in tandem with the air suspension.

Inside the new Audi A8 features a very lovely cabin. Its MMI system has now gone touchscreen, as have the HVAC controls. The MMI touchscreen is not integrated into the dash and blends into the matte black surface when off, which gives it a seamless look. The HVAC touchscreen sits just ahead of the shift lever and tilts upward toward the front passenger, which should make it easier to use. All of the buttons seem laid out well and the graphics look crisp, though we wonder how well it will work, as touchscreens in cars are never great, as drivers have to avert their eyes to use them. Though, at least for the MMI display, Audi features a lot of its controls in the digital gauge cluster, which is controllable with the steering wheel, so that should help. The back seat is also quite spacious and luxurious, with another touchscreen, angled up toward the rear occupants, featured in the center armrest of the Audi A8 L (long wheelbase). It looks like it’s easy to use and it also houses the seat controls. So it’s like a cool center command station. Rear seat passengers can also get an optional foot massager that’s built into the front seatbacks.

Under the hood at launch will be two different V6 engines. A 3.0 liter TDI V6 with 286 hp and a 3.0 liter turbocharged V6, the same unit as in the Audi S4, and with 340 hp will be the launch engines. Later to come will be two V8 engine options, a 4.0 liter TDI V8 that will make 435 hp and the 4.0 liter TFSI V8 with 460 hp. Even later, a 6.0 liter W12, likely the same unit from the Bentley Bentayga, will come but no power figures have been given yet. There will also be an Audi A8 e-tron Quattro plug-in hybrid. So the A8 will have a model to compete with ever variant of the 7 Series. (222)
$10.99 (as of August 18, 2022 21:12 GMT -04:00 - More infoProduct prices and availability are accurate as of the date/time indicated and are subject to change. Any price and availability information displayed on [relevant Amazon Site(s), as applicable] at the time of purchase will apply to the purchase of this product.)

(124)
$12.99 (as of August 18, 2022 21:12 GMT -04:00 - More infoProduct prices and availability are accurate as of the date/time indicated and are subject to change. Any price and availability information displayed on [relevant Amazon Site(s), as applicable] at the time of purchase will apply to the purchase of this product.)

(87894)
$15.99 (as of August 19, 2022 12:47 GMT -04:00 - More infoProduct prices and availability are accurate as of the date/time indicated and are subject to change. Any price and availability information displayed on [relevant Amazon Site(s), as applicable] at the time of purchase will apply to the purchase of this product.)

(227367)
$29.49 (as of August 19, 2022 12:47 GMT -04:00 - More infoProduct prices and availability are accurate as of the date/time indicated and are subject to change. Any price and availability information displayed on [relevant Amazon Site(s), as applicable] at the time of purchase will apply to the purchase of this product.)

(44619)
$9.22 (as of August 19, 2022 12:47 GMT -04:00 - More infoProduct prices and availability are accurate as of the date/time indicated and are subject to change. Any price and availability information displayed on [relevant Amazon Site(s), as applicable] at the time of purchase will apply to the purchase of this product.)
First live photos of the BMW 6 Series Gran Turismo
2018 BMW i3 Facelift spotted in Germany
View All 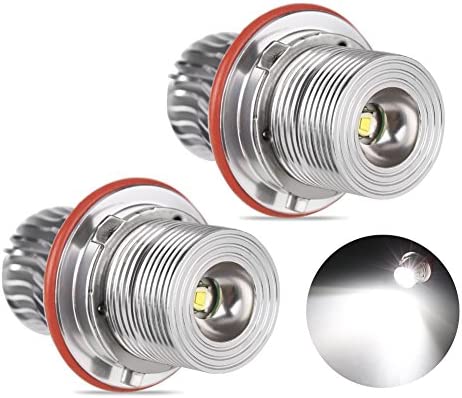