Here’s What Elon Musk Used To Drive Before Tesla

Elon Musk has always has been a big car enthusiast. He has owned a variety of collection and sports cars. In the past, he owned an exemplar of the legendary McLaren F1 and crashed it, and he also launched one of his vehicles to space.

Nowadays, Elon is immediately recognized by his car company Tesla. You can spot him driving around always in a Tesla. The Model S seems to be his preferred choice, but there are pictures of him driving the entire range of his company, even the pre-production version of the futuristic Tesla Cybertruck.

From Rust To Gold

But like most people, Elon got a simple first car. When he came to study in the United States, he bought his first car for just $1400. It was a used 1978 BMW 320i, a cheap but good reliable car, and definitely an enthusiast choice.

Related:15 Cars in Elon Musk Garage (And 5 We Are Surprised He Doesn’t Own)

The car was in bad shape, and he took care of repairing, it didn’t even have an air-conditioning system. While working on his first start-up Zip2, he borrowed the BMW to an intern, one day while driving the car, a wheel came off, and the axle dug into the street, luckily no one was hurt. That was the end of the 320i.

After succeeding with his first company, Elon upgraded to a Jaguar E-Type, an old-school classic. According to him in his biography, the car kept breaking down, but he loved the car.

Some years later, at Paypal, another company he co-founded and became another big hit, he sold his part. Then decided to break the bank buying a 1 Million dollar McLaren F1, he had it for some years, until he crashed It.

The crash happened while he was going to a business meeting with Pieter Thiel, also co-founder of Paypal. In an intent to show off the car’s capabilities, he floored the gas and tried to do a fast lane change, the car ended up hitting an embankment, launched to the air and flipped, when it landed, the car was totally wrecked. Sadly the car was not insured, ouch.

Another car he’s owned was a much simpler Audi Q7. It served him as inspiration to make the Tesla Model X. He wanted to make a 7 seater but with better access to the third row of seats and wanted a design where the car doors could be open in tight spaces, which gave him the idea of wing doors for the Model X.

Related: Everything We Already Know About The Tesla Model Y

To Infinity And Beyond

He also owned one of Tesla’s first production cars, the Tesla Roadster, which was based on the Lotus Elise chassis, and was made from 2008 to 2012. It was a big hit for the company because it was the first production and street-legal car to use lithium-ion batteries for energy storage.

Because Elon Musk Is Elon Musk, on February 6, 2018, he launched to space his personal Tesla Roadster, carried by a Falcon Heavy rocket in a test flight. It became the first car to be orbiting the Earth, and It stays orbiting among our heads every day.

Next: Get To Know The 2020 Tesla Roadster With These 15 Facts 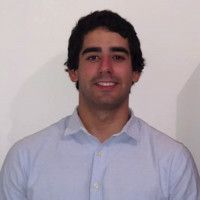 Rodrigo Fort is a freelance writer that fell in love with cars since his early years.
Now writes at Thethings.com in the car news section. His other hobbies are powerlifting, gaming, music and youtube. Currently finishing a bachelor degree in International Affairs.