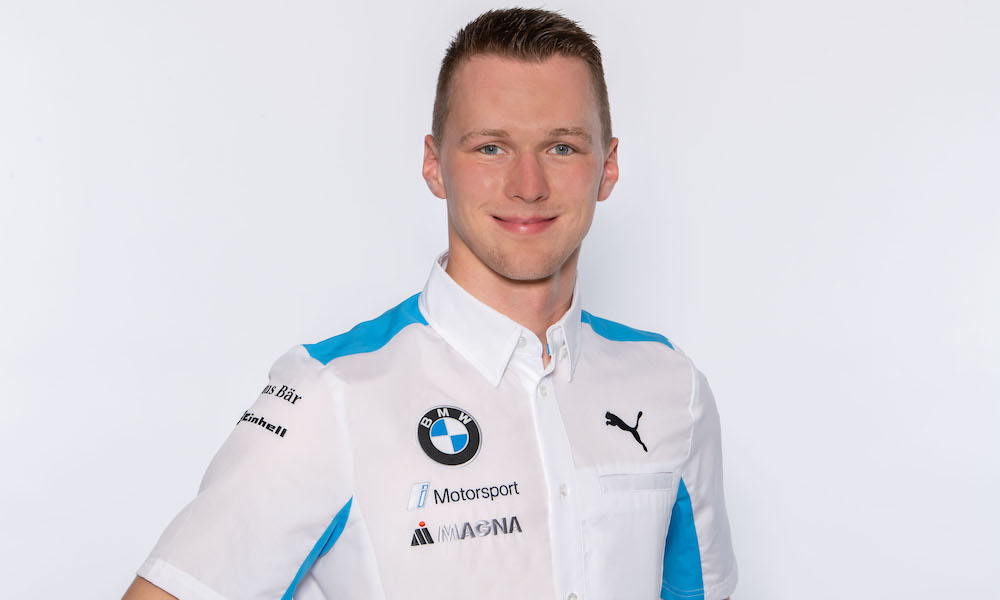 Twenty-two-year-old Guenther has completed several tests for the team in recent weeks and is set to replace da Costa, who has been confirmed by the German manufacturer as having departed the team.

Guenther begun his career in single-seater racing in 2011 in the Formula BMW Talent Cup, BMW’s youth development programme at that time, finishing second.

“It is fantastic to be part of BMW i Motorsport now,” said Guenther.

“BMW i Andretti Motorsport had a strong maiden season in Formula E, won the very first race and was involved in the fight for the title down to the wire.

“That is why this switch is definitely a fantastic step for me. It is great to compete for BMW again. That’s where everything started for me in single-seater racing in 2011.”

“I am looking forward to Maximilian Guenther returning to the BMW family,” said Marquardt.

“We followed his performance last season very closely. Maximilian regularly managed to get the maximum out of his car package.

“That saw him achieve some impressive results. Having a driver with a history of BMW single-seater racing is a great fit.”

Alexander Sims is expected to get a second season with BMW after finishing his maiden season with a podium position in the final race in New York City.

BMW has also confirmed the exit of da Costa, who has now officially left the German manufacturer after five years.

Da Costa will be confirmed as a DS Techeetah driver shortly as he moves to the French-based Chinese entry as teammate to reigning champion Jean-Eric Vergne.

As revealed by e-racing365 last month, da Costa and BMW reached agreement on a split when the winner of last season’s Ad Diriyah E-Prix informed the team of his desire to make a move away from the squad for the 2019-20 season.

Negotiations took place throughout the final two weeks of July between the two parties and a settlement was reached early last month.

The 28-year-old Portuguese driver initially raced for BMW in DTM between 2014-16 scoring one win at Zandvoort for the Schnitzer squad.

“I have always been happy and proud to be part of the BMW family,” he said. “BMW Motorsport gave me the opportunity to drive many different race cars, and to learn an incredible amount.

“I would also like to thank BMW i Andretti Motorsport for a great and intense time together in Formula E. Although I am now moving on to face new challenges, I will always look back fondly on my time at BMW.”

He also appeared in BMW GT3 cars in both the ADAC GT Masters and Blancpain GT Series before taking a full season of the FIA World Endurance Championship with BMW Team MTEK in the 2018-19 ‘Super Season’.

Da Costa has competed in all but four Formula E races, initially for Team Aguri and then from Season Three onwards for Andretti before it officially became BMW i Andretti in 2018.

BMW Motorsport boss Jens Marquardt commented on the farewell to da Costa, saying: “I would like to take this opportunity to thank Antonio very much for the good collaboration this past Formula E season and in the six years overall as a BMW works driver in the DTM, the WEC, in GT racing and in Formula E.

“We had a great time together but agreed that a change would be good for both parties. Now we wish him all the best on his new journey.”

F1 – Guenther announced for BMW i Andretti for season 6