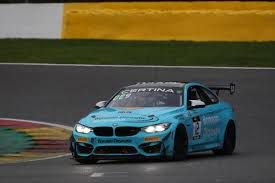 
BMW Group: MUNICH, Germany – October 26, 2020 – Whether in the DTM, the IMSA WeatherTech SportsCar Championship, the ABB FIA Formula E Championship, or countless other championships: Week after week BMW teams and drivers around the world do battle for points, victories and titles. Away from the track too, members of the large BMW Motorsport family around the world are also creating headlines. The “BMW Motorsport News” allows us to regularly summarise all the action for you in a compact and informative manner. This way, you are always up to speed.

The Eset V4 Cup season drew to a close last weekend with three races at the Hungaroring (HUN). Gregor Zsigo (HUN) claimed the drivers’ title in a thrilling finale in the GT3 Sprint category, competing for Trevor Racing in his BMW M6 GT3. Fifth place in his class was sufficient in the final two races. In the last endurance race of the season, Zsigo claimed fourth place in the class together with his team-mate Štefan Rosina (SVK). That equated to second place in the overall standings. Ferenc Ficza (HUN) finished second with the Trevor Racing BMW M4 GT4 in the GT4 overall endurance and sprint standings.

The Borusan Otomotiv team celebrated a win in the Pro-Am class with the BMW M4 GT4 at the penultimate race weekend of the GT4 European Series at Spa-Francorchamps (BEL). In the second race on Saturday, Cem Bölükbasi and Yagiz Gedik (both TUR) secured fifth place overall and first place in their class. Joakim Walde and Alfred Nilsson (both SWE) also reached the podium in the Pro-Am class, finishing third in the Lestrup Racing BMW M4 GT4. Bölükbasi and Gedik were the best-placed BMW M Customer Racing Team in the first race, finishing fourth in their class.

The penultimate weekend in the British Touring Car Championship (BTCC) saw Colin Turkington (GBR) reinforce his ambitions of retaining the title with an impressive performance. He claimed victory in the first two of three races at Snetterton (GBR) in his BMW 330i M Sport, before battling his way up from tenth on the grid to finish third in the final race. That impressive points haul helped Turkington reclaim the lead in the drivers’ championship ahead of the season finale at Brands Hatch (GBR). His team-mate Tom Oliphant (GBR) missed out on the top ten in each race. Team BMW nonetheless remains at the top of the team and manufacturers’ standings.