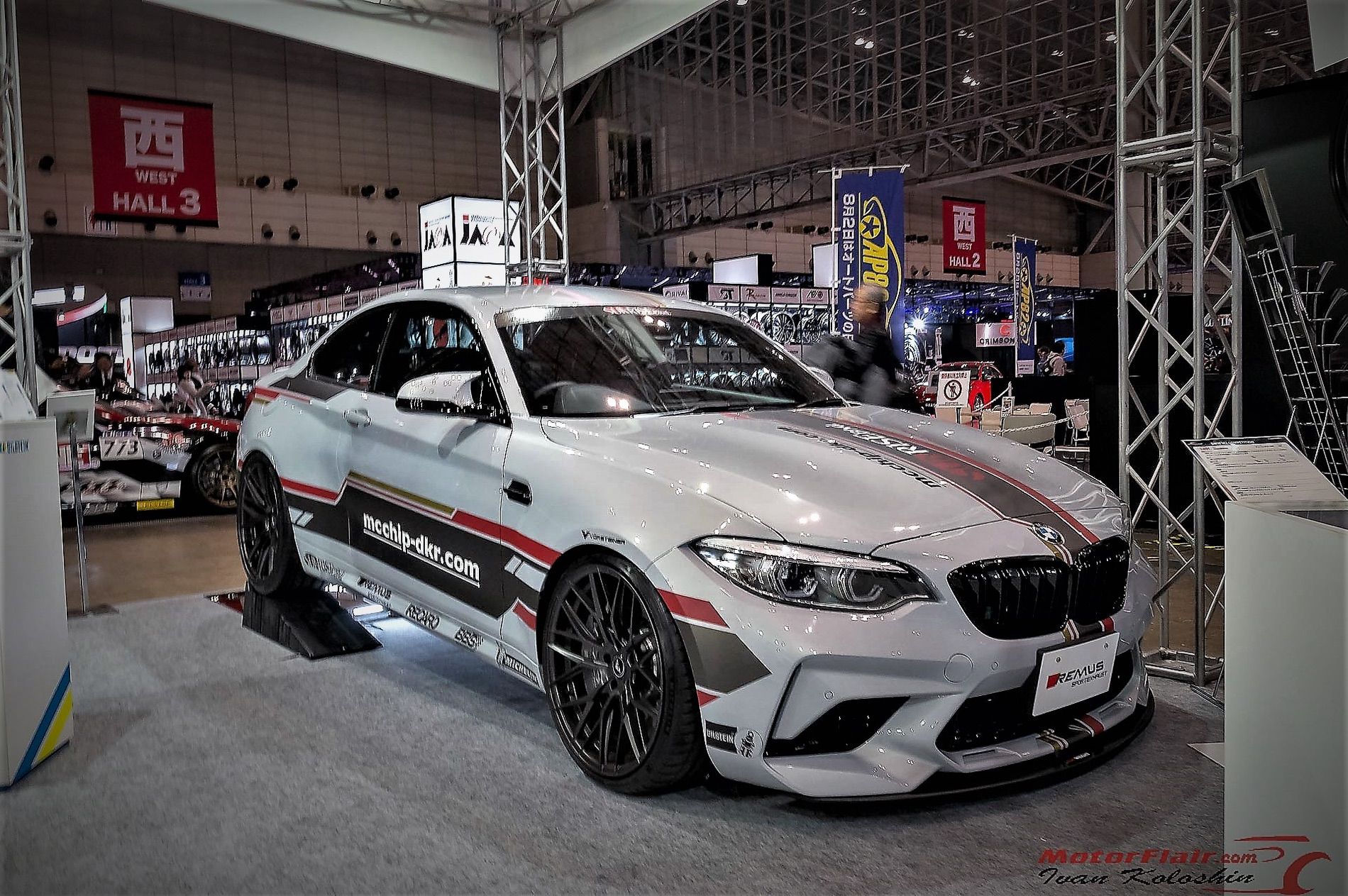 There are a few very famous auto shows that focus on aftermarket brands and tuning. Probably the most famous is SEMA, in Las Vegas. Though, I think it’s safe to say that a lot of American enthusiasts are bored of SEMA. It’s always the same tuners, with the same sorts of builds and it can get pretty old after awhile. However, if you like tuner shows and you want to see some crazy stuff, head over to Japan for the Tokyo Auto Salon. For 2019, it was pretty intense for BMW and we have some photos from the show to prove it.

What’s awesome about the Tokyo Auto Salon is the amount of creativity and fun. It’s more lighthearted than shows like SEMA, where everyone is just trying to out-do everyone else. Here, it’s just about being crazy and fun. For instance, look at the Thule BMW X2. The X2 is not the sort of car that tuners or aftermarket brands want to tinker with, as it’s just a small crossover. Still, the Thule one looks awesome, with its gold wheels and roof box.

The classic Bimmers on display were also pretty awesome. There are two in these photos; one being a classic BMW 6 Series and the other an E30 BMW M3. Both of which were slammed and given massively flared wheel arches. The 6 Series had a massive wing at the back while the E30 M3 had a front-mounted intercooler on display.

There were also some of our favorite brands on display; such as our friends at 3D Design, who had some awesome parts on hand, and KW, who was responsible for the slammed 6 Series. 3D Design was a big one, though, being one of Japan’s premiere BMW tuners.

If you’re a car enthusiast and you like your cars tuned and modified, it’s hard to not recommend the Tokyo Auto Salon. It’s an awesome show filled with some awesome cars, so check them out.

More fun with the BMW X7 on an off-road course