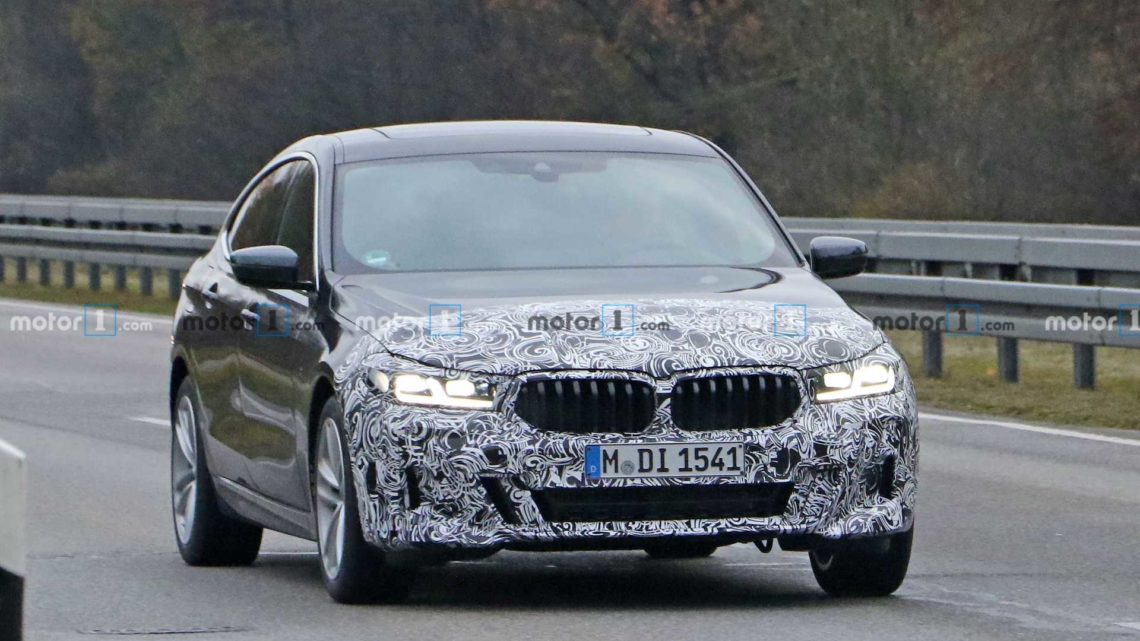 Spy photos of the BMW 6 Series GT first appeared earlier this summer when our spy photographers caught the lightly camouflaged Gran Turismo out testing. New spy photos show three BMW 6 Series GT test mules, and not much has changed for the mid-cycle refresh.

While it appears the three GTs wear camouflage that’s similar to that of the mules in other spy photos, one GT shows us the grille for the first. Previous test mules have covered the grille with an extra panel, concealing its design. Now, we can see the grille isn’t upsized. Instead, it appears normal in size. Other changes at the front likely include redesigned headlights, a new bumper, and more. Changes at the rear are subtler with new exhaust tips and a restyled bumper being the only noticeable updates.

Inside, changes should be minimal, with much of the focus placed on updating the infotainment system. There could be some tweaks to the instrument cluster, too. Under the hood, the current 340-horsepower (253-kilowatt) engine will continue unchanged.

However, the 6 Series could receive the 7 Series’ hybrid powertrain that pairs a turbocharged 3.0-liter six-cylinder engine with a plug-in hybrid powertrain. In the 745e xDrive iPerformance, the mil makes 389 hp (290 kW). The 5 Series will receive the hybrid option, though it’ll make less power at about 375 hp (279 kW). The detuned version could power the 6 Series hybrid.

With the 6 Series GT being the sole remaining 6 Series family member, it’s future is a bit uncertain. The 8 Series now occupies the same stylistic space as the 6 Series coupe and convertible, and 6 Series sales have suffered. Through November, BMW has sold just over 1,100 6 Series GTs, according to Car Sales Base. That’s 2,300 fewer GTs sold compared to the same time last year.

The mid-cycle refresh will keep the model on dealership lots for a few more years; however, the chances of a successor are slim.