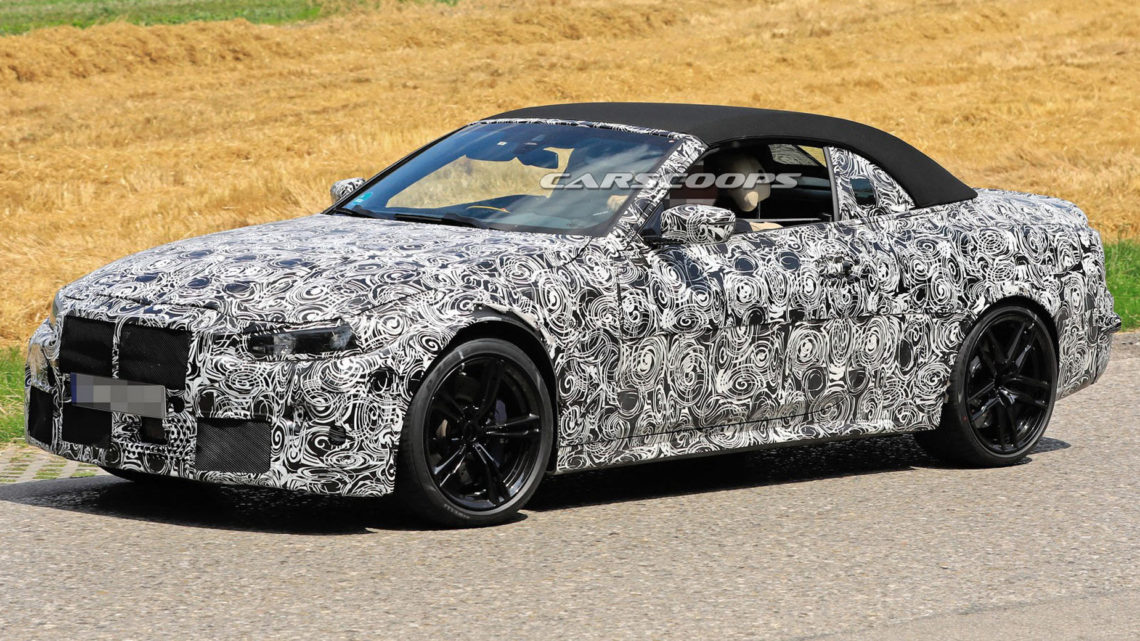 It’s been a while since we’ve seen the BMW M4 Convertible, but spy photographers have snapped the drop top undergoing testing near Munich.

Dressed in heavily camouflage, the car has an evolutionary design which will incorporate some styling cues seen on the Concept 4. Details are hard to make out, but the prototype has a massive grille which is flanked by slender headlights. Further below, we can expect an aggressive front bumper with large air intakes.

Moving further back, the M4 has bulging fender flares and aerodynamic side skirts. We can also see an upward sweeping beltline and lightweight wheels that are backed up by a high-performance braking system with blue calipers.

Of course, the biggest change is the return of the retractable soft top. This should help to reduce weight, but it comes at a cost a drivers will likely find bigger blind spots.

The rear end looks pretty tame, but the car’s four-tailpipe exhaust system hints at the power underneath the hood. This message is further enhanced by the rear spoiler which appears to feature an integrated third brake light.

Inside, the cabin should largely echo the 3-Series. As a result, we can expect a 12.3-inch digital instrument cluster display and a 10.25-inch infotainment system. There should also be a handful of sporty touches including a leather-wrapped M steering wheel and plenty of M badging.

There have been a lot of rumors surrounding the M3 and M4, but reports have suggested the cars will be offered with rear and all-wheel drive as well as a six-speed manual and an eight-speed automatic. Of course, we’ll get a better idea of what to expect when the M3 debuts next year.